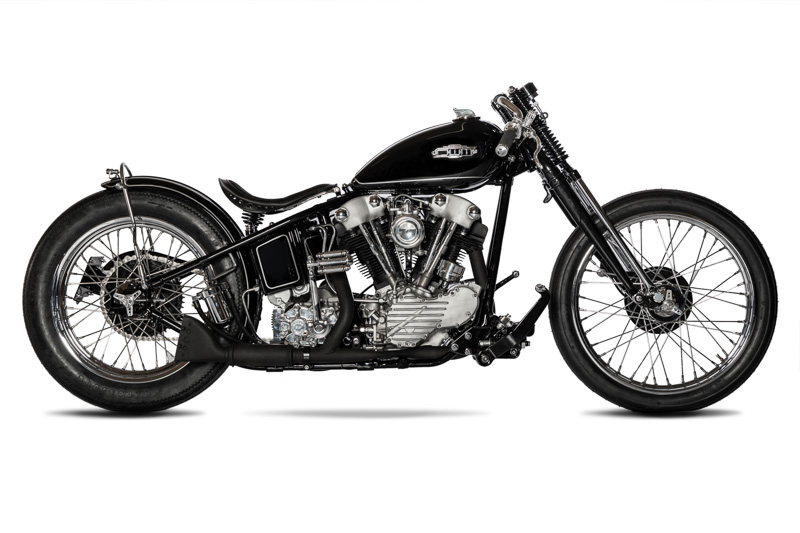 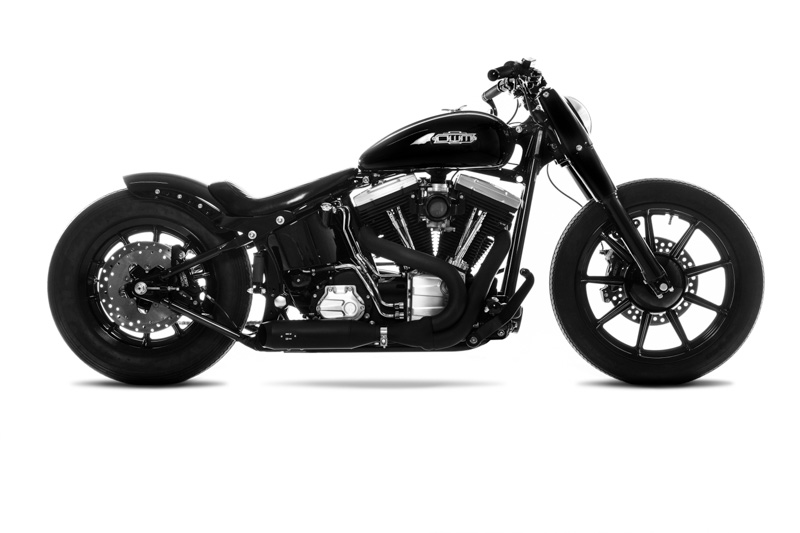 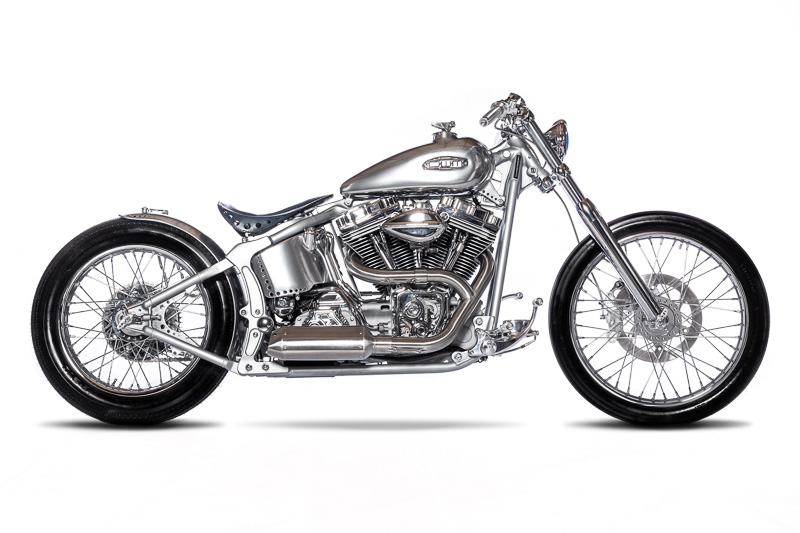 115th HD Anniversary bike - Invited as one of the best 50 bike builders in the world!
Best of Show - Custom Summer Days Mannheim / Germany 2018 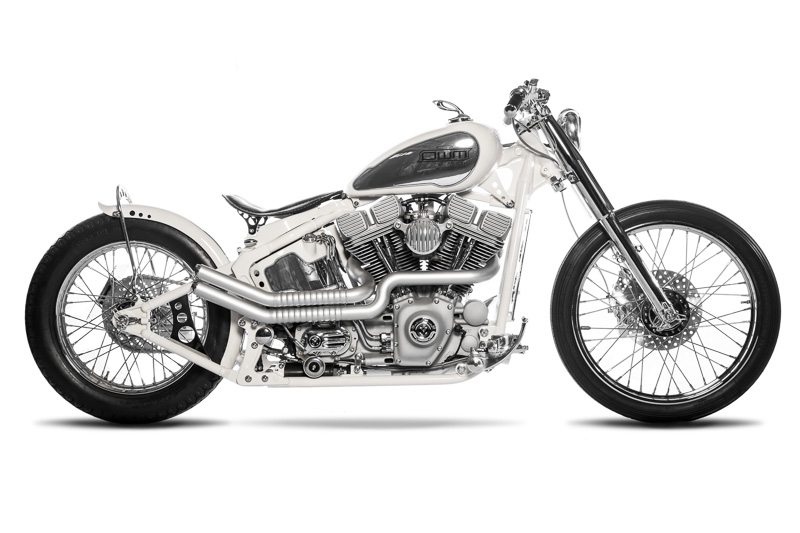 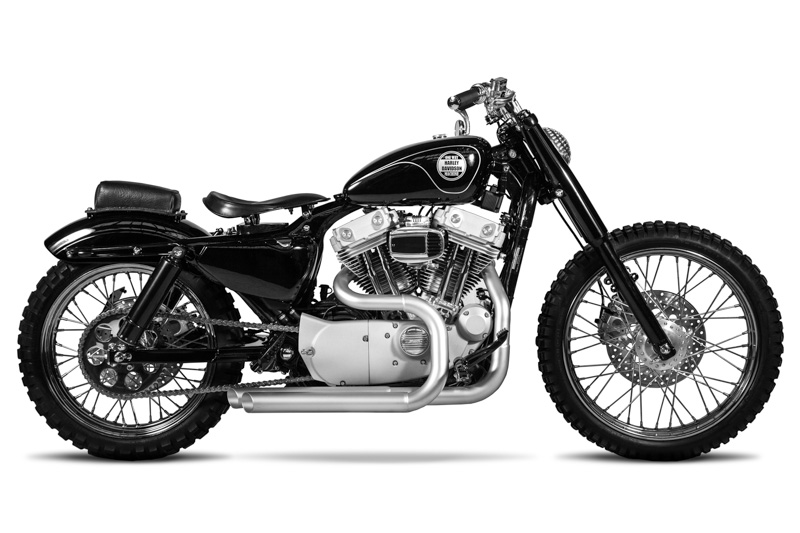 URBAN SCRAMBLER is, just like the name indicates, a fully styled and minimalist scrambler. Its slim silhouette and the higher seatposition makes a perfect drift throughout the city possible. This way the ride to the bakery on a sundy morning becomes a delight.

But you can also spur the bike and explore the outback, because of its cross tyres, the adjustable gas suspension in the rear and the adjustable fork springs in the front. The suspensions in the back and front can be adjusted in just a few minutes to fit the desired hardness that you wish for.

For the celebration of the 60th anniversary (1957 – 2017) from the Sportster Series, Julian set himself the task to built something special. A Sportster is already uncharacteristically for OWM, but therefore the design, the workmanship quality and the use from the highendparts weren´t supposed to stand behind the other OWM-Bikes. A few classical details from the Harley-History were used, like valve cover with the form from the XR750 models, or like the air filter in a HamCam-Design from the 80ths.

IRON RIOT built to compete with the customizer world elite at the 2016 Worldchampionship of Custombike Building. Julians participation was crowned with success, since he managed to get on the winners podium the third time in a row.

Julian managed to set a new benchmark with this bike. This time the bike was supposed to be in the industrial-design and therefore exclusive colors and very extensive technical details were added.

In comparison with the former bikes a lot more time and money was spent to accomplish the extensive details (Perimeter brake in the front and rear, big chaindrive, and so on).

But with all the other vehicles the cost efficiency has taken a back seat and no cost-saving compromises were made. Again this OWM Bike stands for a perfect design, maximum surface treatment and good drivability. 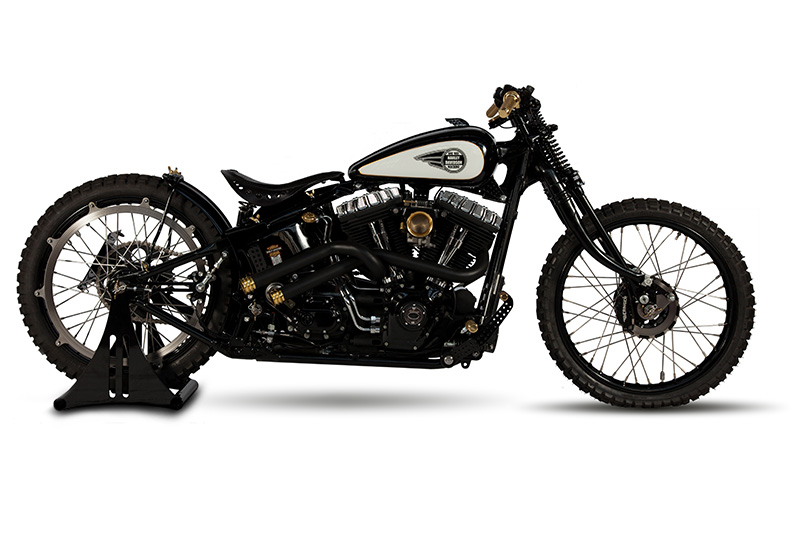 SINGAPORE SUN stands for rough elegance and is the 2016 OWM Promotion Bike. Julian presented on various bike shows and which swept away all of its opponents this summer.

The bike was mandated by a businessman from Singapore. The only requirement he made was that this bike was built in the same manner as the LA SALLE. This gave space for Julians creativity and the result is more than convincing!

Like with all OWM bikes the main focus of attention was put on design, drivability and workmanship. 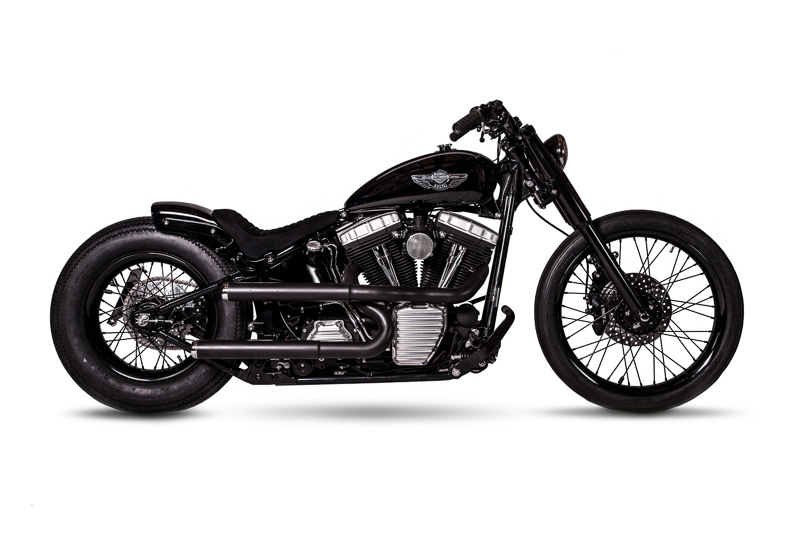 100 YEARS is a Bike in a timeless-classic-design and stands for pure understatement. As basic-model a 100-Years-Model from Harley Davidson was chosen to inspire the bike with some real history. As against the other striking OWM Bikes, this one attracts attention by being precisely conservative in detail.

Quite a lot of modifications have been made on the bike, which wouldn't be noticed by an ordinary person and even a Pro needs a closer examination. It's not a fancy paint or bling-bling parts, but the combination of material and surface treatment that makes the difference. The comfy seat position, the fuel-injection-system, the modern brakes and the hydraulic clutch make this bike a perfect daily-driver.

BROUGHAM is the next masterpiece of One Way Machine. This Neo-Classic designed bike is determined by classic lines, purity forms, art deco issues and high quality workmanship. A vast number of parts for this bike where especially manufactured by Julian. And thus Julian was able to build a bike like the design visions in his head.

Like all OWM Bikes, the BROUGHAM is very functional, easy to handle and made for the street. And the hard work was rewarded immediately when it won “WORLD CHAMPION” award in the class “Modified Harley Davidson” at the World Championship of Custombike Building 2014. It's the highest award for customized original Harley Davidson motorcycles. 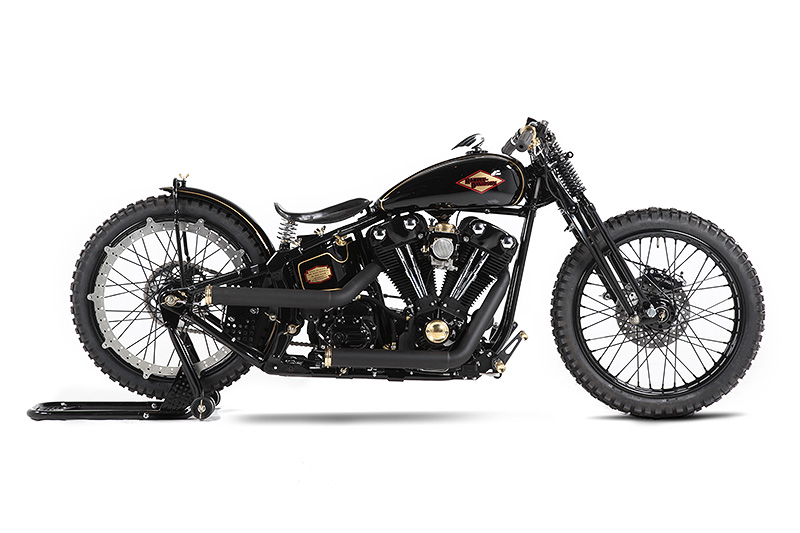 LA SALLE combines new and classic aspects. A Harley Davidson of the EVO-Series from the 90th was transformed into a classic, antique motorbike.

We put a lot of effort into building this special motorcycle by using our contacts all over the globe. We found the perfect frame, a fitting engine from the same year of manufacture and other original body components. The next step was to restore and modify the original parts. Afterwards various still needed parts were especially designed, constructed and built to fulfill the look. The countless hours that were put into realizing this motorbike are priceless! But since our goal is to live the passion we don´t stick to profitability and cost effectiveness.